Today we proudly celebrate Mohamed Fayed’s 6 Year Anniversary with the Snapchef Management Team. While 6 years is an accomplishment in itself, it only scratches the surface of Momahed’s accomplishments, hard work, and rise through the ranks in the culinary industry.

Mohamed’s history us actually dates back to 2009 when he worked as a Snapchef with partnered clients including Sodexo EMC, where ultimately became a full time Chef for many years. In 20012 Mohamed then returned home to Egypt to support his family and then returned to Massachusetts in 2015 where he returned to Snapchef where he quickly excelled using his past experience from the restaurant business with his love of Italian cuisine and after working his way through the kitchen and into management at a family-owned Italian restaurant, he eventually purchased two Italian restaurants from the family and ran these for several years.

It was the busy, fast pace that gave Mohamed the drive to accomplish his early career goals and today he is leading the team in RI with his focus more on teaching and coaching others to realize their career dreams in the food service industry, which aligns his career goals perfectly with those of Snapchef

Join us in celebrating Mohmed’s impressive achievements and thanking him for all the support and inspiration he’s given to new Snapchefs joining the industry in his current role. 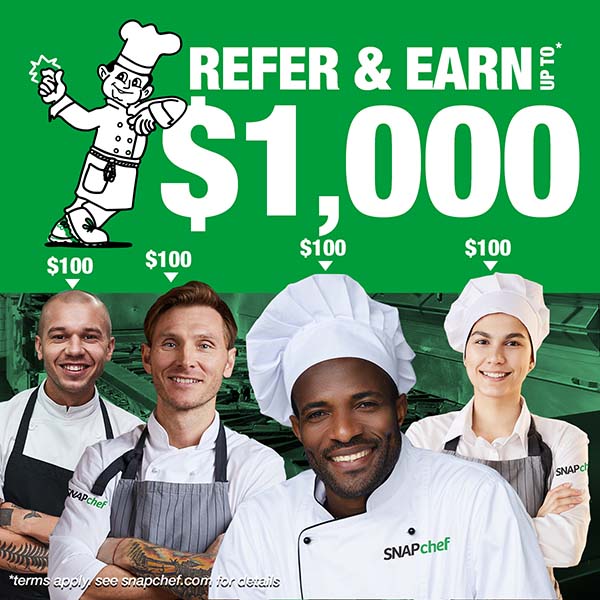