Today, restaurants and food-service facilities find themselves faced with the challenge of finding and retaining employees due to the culinary seafood industry’s shrinking labor pool. Similarly, local markets in communities and cities, such as in Gloucester, Massachusetts, find themselves faced with the challenge of operating in a modern, competitive food market. Angela Sanfilippo has been a leader at the nexus of chefs and the seafood industry for the last forty years. Through her leadership, I joined with the City of Gloucester and Innovate Glosta to help provide education for chefs of all backgrounds on the use of fresh, local and sustainable seafood in modern cooking.

To make this collaboration between Snapchef and the City of Gloucester possible, Angela Sanfilippo has worked tirelessly in highlighting the nutritional and sustainable benefits of locally harvested seafood and the fishermen and processors that send it to market. As the current president of the Gloucester Fishermen’s Wives Association, Angela has served as an advocate for the commercial fishing industry and the environment. For instance, she has actively worked with the City of Gloucester, Innovate Glosta and the Gloucester Fishermen’s Wives Association to promote underutilized New England species, such as Redfish, Silverback, Dogfish and Whiting.

At the same time, Angela’s work to increase the economic well-being of fishermen and to showcase Gloucester’s commitment to local, sustainable seafood has led Snapchef to increase its culinary partnerships in the Cape Ann region.

I am always there to support Angela and all of her efforts, and I will be cooking a Sea to Supper menu which we are affectionately calling “40 Years at Sea.” I will have the pleasure of cooking with Angela’s husband and Gloucester Fisherman, John Sanfilippo, where we will be featuring seafood that has landed on the menus of New England largely in part by Angela’s hard work. This is a celebration to honor Angela Sanfilippo’s forty years of advocacy and support for local fisherman, their families and the entire seafood industry. The culinary menu will feature local sustainable species such as Whiting, Redfish, Squid, Lobster, and Monkfish. I am proud to be participating in this special night to honor Angela’s incredible work to benefit so many people in Gloucester and beyond. 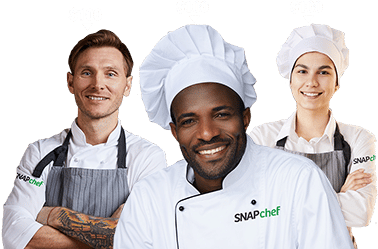